Getting Started with Maven

What is Apache Maven

The installation of Apache Maven is a simple process of extracting the archive and adding the bin folder with the mvn command to the PATH.
Detailed steps are:
or
Alternatively use your preferred archive extraction tool.

In short, Archetype is a Maven project templating toolkit. An archetype is defined as an original pattern or model from which all other things of the same kind are made. The name fits as we are trying to provide a system that provides a consistent means of generating Maven projects. Archetype will help authors create Maven project templates for users, and provides users with the means to generate parameterized versions of those project templates.
Using archetypes provides a great way to enable developers quickly in a way consistent with best practices employed by your project or organization. Within the Maven project, we use archetypes to try and get our users up and running as quickly as possible by providing a sample project that demonstrates many of the features of Maven, while introducing new users to the best practices employed by Maven. In a matter of seconds, a new user can have a working Maven project to use as a jumping board for investigating more of the features in Maven. We have also tried to make the Archetype mechanism additive, and by that we mean allowing portions of a project to be captured in an archetype so that pieces or aspects of a project can be added to existing projects. A good example of this is the Maven site archetype. If, for example, you have used the quick start archetype to generate a working project, you can then quickly create a site for that project by using the site archetype within that existing project. You can do anything like this with archetypes.
You may want to standardize J2EE development within your organization, so you may want to provide archetypes for EJBs, or WARs, or for your web services. Once these archetypes are created and deployed in your organization's repository, they are available for use by all developers within your organization.
Using an Archetype
To create a new project based on an Archetype, you need to call mvn archetype:generate goal, like the following:
Please refer to Archetype Plugin page.
Usage
Calling archetype:generate the plugin will first ask to choose the archetype from the internal catalog. Just enter the number of the archetype.
It then asks you to enter the values for the groupId, the artifactId and the version of the project to create and the base package for the sources.
It then asks for confirmation of the configuration and performs the creation of the project.
In the following example, we selected the quickstart archetype (default value, which is 15 here but may vary depending on the repository content) and set groupId to com.company, artifactId to project, version to 1.0.
Maven Archetypes

Creating a Project with Maven

You will need somewhere for your project to reside, create a directory somewhere and start a shell in that directory. On your command line, execute the following Maven goal:
If you have just installed Maven, it may take a while on the first run. This is because Maven is downloading the most recent artifacts (plugin jars and other files) into your local repository. You may also need to execute the command a couple of times before it succeeds. This is because the remote server may time out before your downloads are complete. Don't worry, there are ways to fix that.
You will notice that the generate goal created a directory with the same name given as the artifactId. Change into that directory.
Under this directory you will notice the following standard project structure.
The src/main/java directory contains the project source code, the src/test/javadirectory contains the test source, and the pom.xml file is the project's Project Object Model, or POM.
The POM
The pom.xml file is the core of a project's configuration in Maven. It is a single configuration file that contains the majority of information required to build a project in just the way you want. The POM is huge and can be daunting in its complexity, but it is not necessary to understand all of the intricacies just yet to use it effectively. This project's POM is:

Building a Project with Maven

The vast majority of Maven-built projects can be built with the following command:
This command tells Maven to build all the modules, and to install it in the local repository. The local repository is created in your home directory (or alternative location that you created it), and is the location that all downloaded binaries and the projects you built are stored.
That's it! If you look in the target subdirectory, you should find the build output and the final library or application that was being built.
Note: Some projects have multiple modules, so the library or application you are looking for may be in a module subdirectory.
While this will build most projects and Maven encourages this standard convention, builds can be customisable. If this does not suffice, please consult the project's documentation.
You may test the newly compiled and packaged JAR with the following command:
Which will print the quintessential:

Having a common directory layout would allow for users familiar with one Maven project to immediately feel at home in another Maven project. The advantages are analogous to adopting a site-wide look-and-feel.
The next section documents the directory layout expected by Maven and the directory layout created by Maven. Please try to conform to this structure as much as possible; however, if you can't these settings can be overridden via the project descriptor.
At the top level files descriptive of the project: a pom.xml file (and any properties, maven.xml or build.xml if using Ant). In addition, there are textual documents meant for the user to be able to read immediately on receiving the source: README.txt, LICENSE.txt, etc.
There are just two subdirectories of this structure: src and target. The only other directories that would be expected here are metadata like CVS or .svn, and any subprojects in a multiproject build (each of which would be laid out as above).
The target directory is used to house all output of the build.
The src directory contains all of the source material for building the project, its site and so on. It contains a subdirectory for each type: main for the main build artifact, test for the unit test code and resources, site and so on.
Within artifact producing source directories (ie. main and test), there is one directory for the language java (under which the normal package hierarchy exists), and one for resources (the structure which is copied to the target classpath given the default resource definition).
If there are other contributing sources to the artifact build, they would be under other subdirectories: for example src/main/antlr would contain Antlr grammar definition files.

What is a POM?

A Project Object Model or POM is the fundamental unit of work in Maven. It is an XML file that contains information about the project and configuration details used by Maven to build the project. It contains default values for most projects. Examples for this is the build directory, which is target; the source directory, which is src/main/java; the test source directory, which is src/test/java; and so on.
The POM was renamed from project.xml in Maven 1 to pom.xml in Maven 2. Instead of having a maven.xml file that contains the goals that can be executed, the goals or plugins are now configured in the pom.xml. When executing a task or goal, Maven looks for the POM in the current directory. It reads the POM, gets the needed configuration information, then executes the goal.
Some of the configuration that can be specified in the POM are the project dependencies, the plugins or goals that can be executed, the build profiles, and so on. Other information such as the project version, description, developers, mailing lists and such can also be specified.

What is Build Lifecycle?

Build Lifecycle Basics
Maven is based around the central concept of a build lifecycle. What this means is that the process for building and distributing a particular artifact (project) is clearly defined.
For the person building a project, this means that it is only necessary to learn a small set of commands to build any Maven project, and the POM will ensure they get the results they desired.
There are three built-in build lifecycles: default, clean and site. The default lifecycle handles your project deployment, the clean lifecycle handles project cleaning, while the sitelifecycle handles the creation of your project's site documentation.
A Build Lifecycle is Made Up of Phases
Each of these build lifecycles is defined by a different list of build phases, wherein a build phase represents a stage in the lifecycle.
For example, the default lifecycle comprises of the following phases (for a complete list of the lifecycle phases, refer to the Lifecycle Reference):
These lifecycle phases (plus the other lifecycle phases not shown here) are executed sequentially to complete the default lifecycle. Given the lifecycle phases above, this means that when the default lifecycle is used, Maven will first validate the project, then will try to compile the sources, run those against the tests, package the binaries (e.g. jar), run integration tests against that package, verify the package, install the verifed package to the local repository, then deploy the installed package in a specified environment.

The syntax for running Maven is as follows:
All available options are documented in the built in help that you can access with
The typical invocation for building a Maven project uses a Maven life cycle phase. E.g.
The built in life cycles and their phases are in order are:
A fresh build of a project generating all packaged outputs and the documentation site and deploying it to a repository manager could be done with
Just creating the package and installing it in the local repository for re-use from other projects can be done with
This is the most common build invocation for a Maven project.
When not working with a project, and in some other use cases, you might want to invoke a specific task implemented by a part of Maven - this is called a goal of a plugin. E.g.:
or

How to choose a synchronized map in Java

Do you have any of below questions?

In this tutorial we will go over all above queries and reason why and how we could Synchronize HashMap?

The Map object is an associative containers that store elements, formed by a combination of a uniquely identify key and a mapped value. If you have very highly concurrent application in which you may want to modify or read key value in different threads then it’s ideal to use Concurrent Hashmap. Best example is Producer Consumer which handles concurrent read/write.
So what does the thread-safe Map means? If multiple threads access a hash map concurrently, and at least one of the threads modifies the map structurally, it must be synchronized externally to avoid an inconsistent view of the contents.

There are two ways we could synchronized HashMap 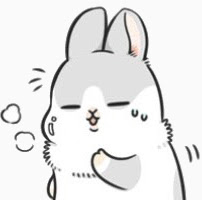